Series of photographs on the collection of hay by animal traction in the bocage of southern Vendée.

I had the opportunity to photograph the work of hay with animal traction, it is a practice that is coming back timidly, but which still exists all the same and it is very good.

The photo report covered the work of Franck, operator of Longs Crins Traction Animale, a company specializing in equestrian work. I followed him to this plot which had previously been mowed and then wilted to aerate and dry the hay.

After tedding for a few days, the hay was lined up, this is called windrowing, which is the last step before collection. You have the first photos of the report that illustrate this work.

Windrowing also has the virtue of protecting the hay from a light downpour if it ever rains before picking up.

The collection of hay, illustrated in this photo report, is a job that requires strength and a certain science to load the trailer with hay, in fact, it is necessary to prevent the hay from spilling on the ground during transport to the barn at hay. Franck and his mare Ondine (Breton trait) do wonders and it is a real pleasure to follow and photograph them. 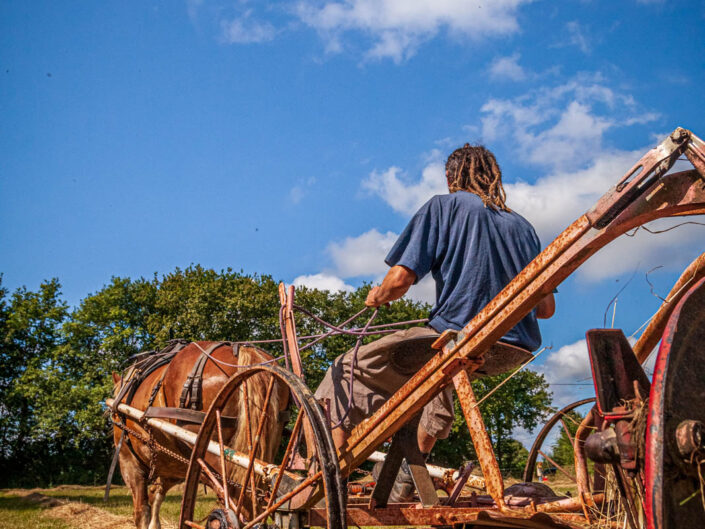 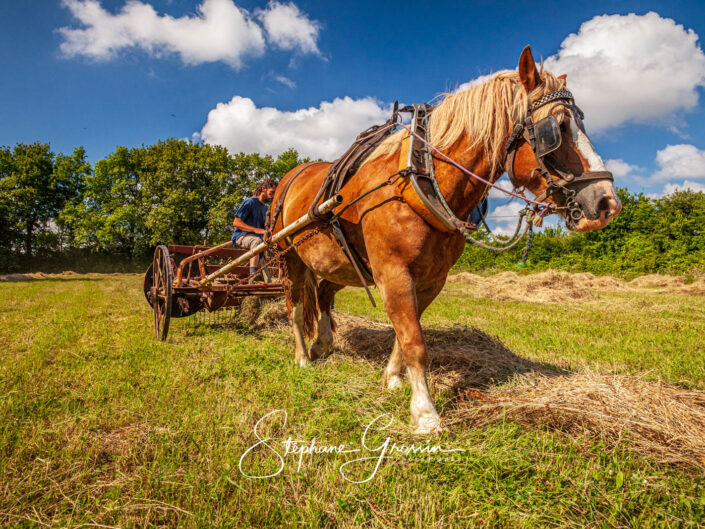 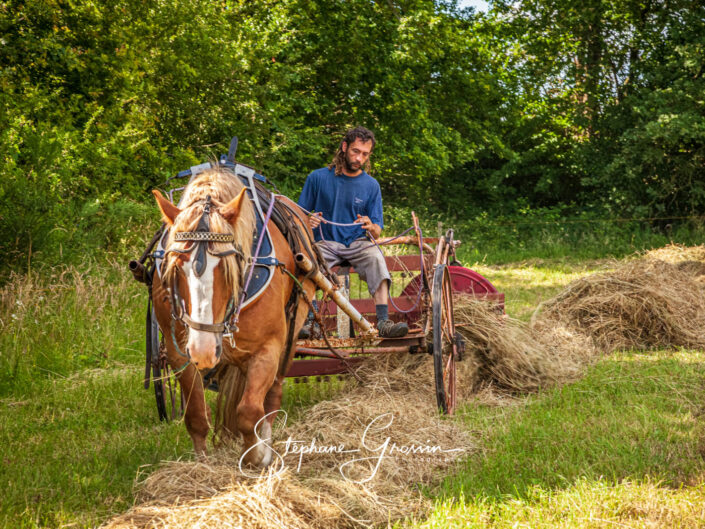 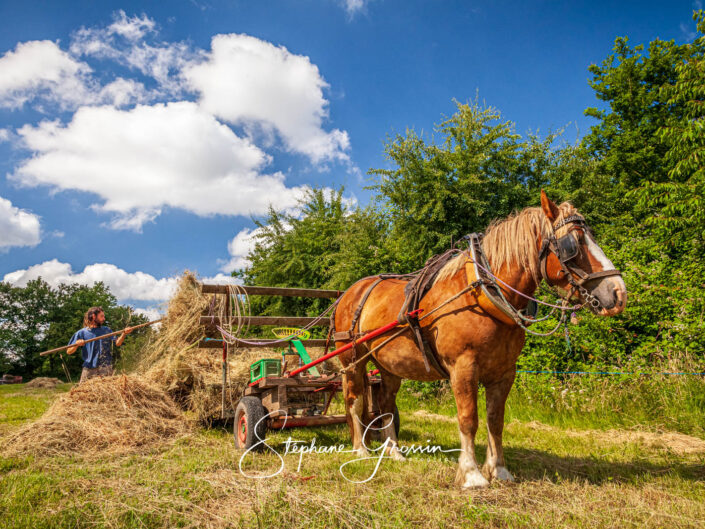 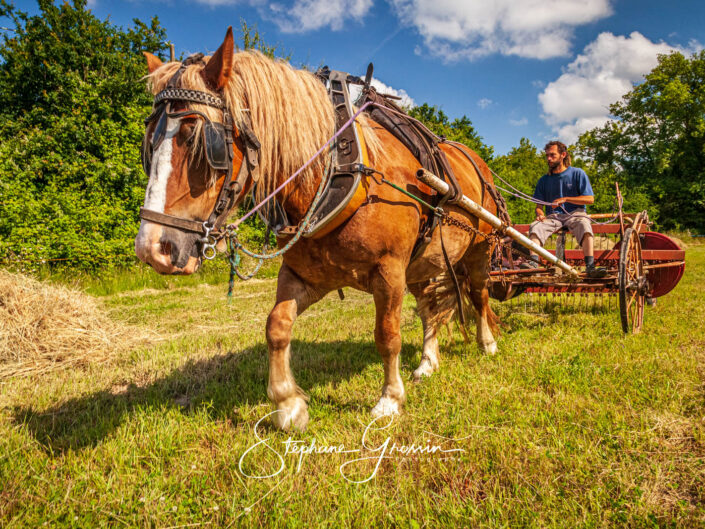 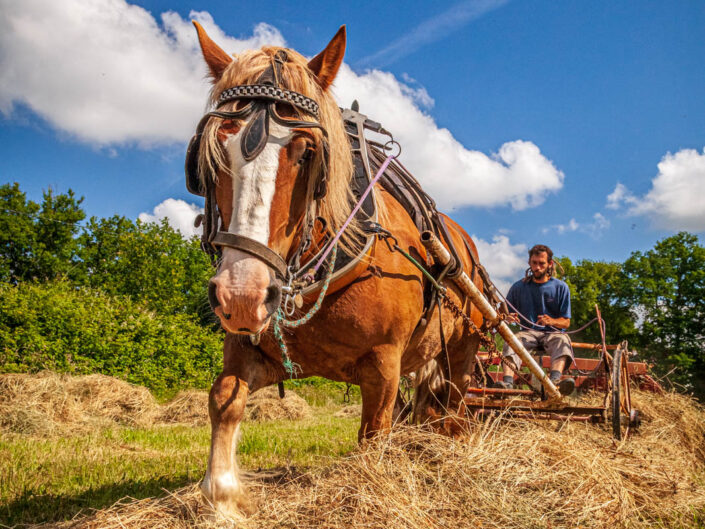 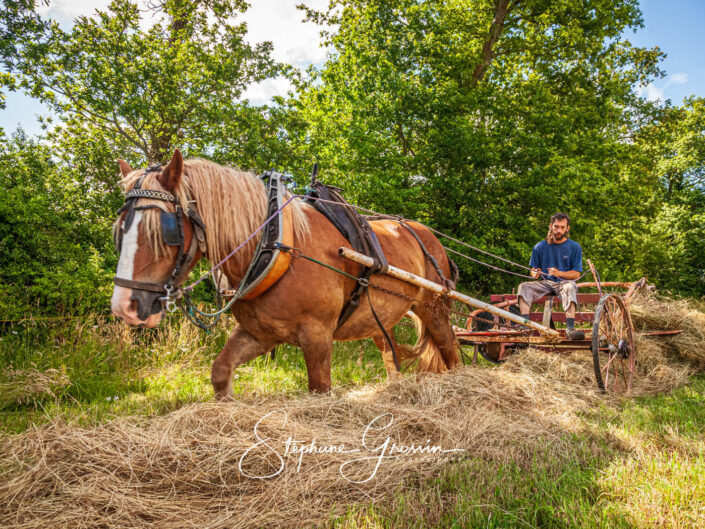 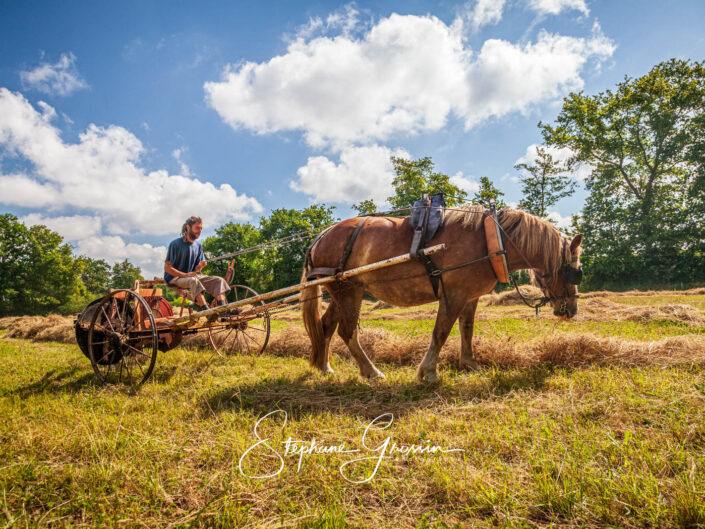 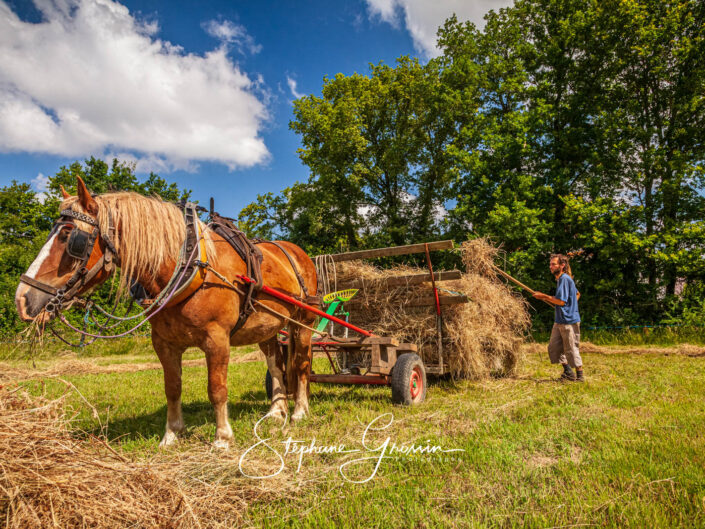 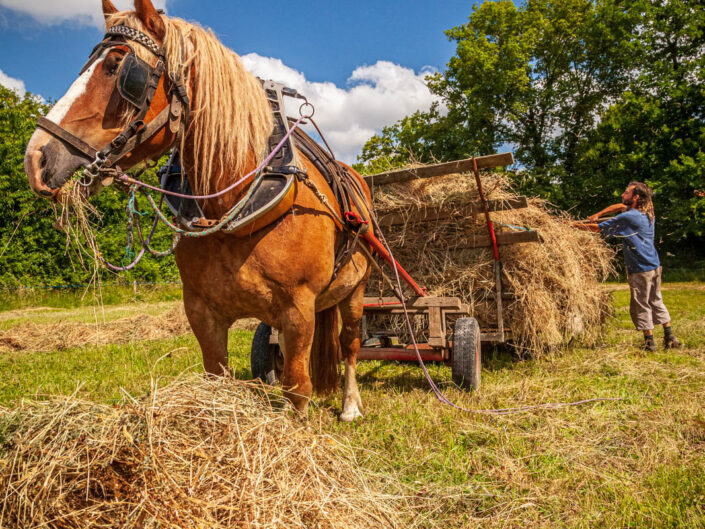 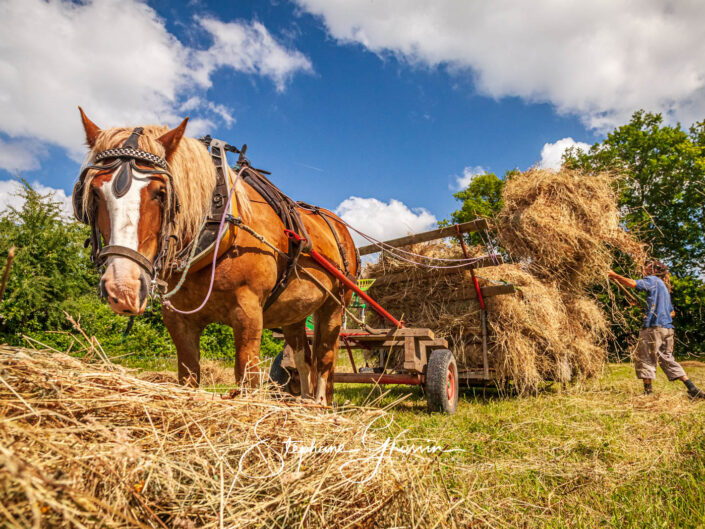 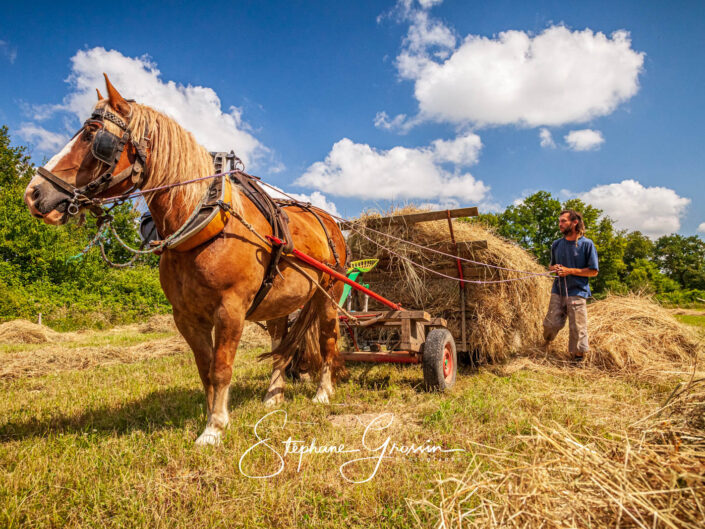 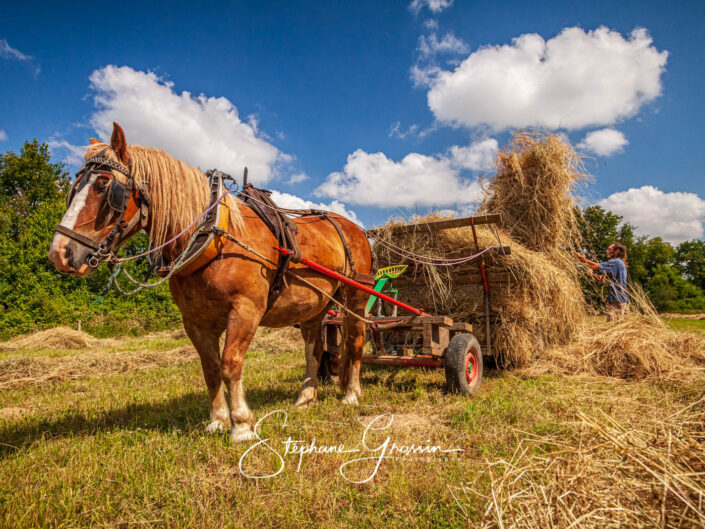 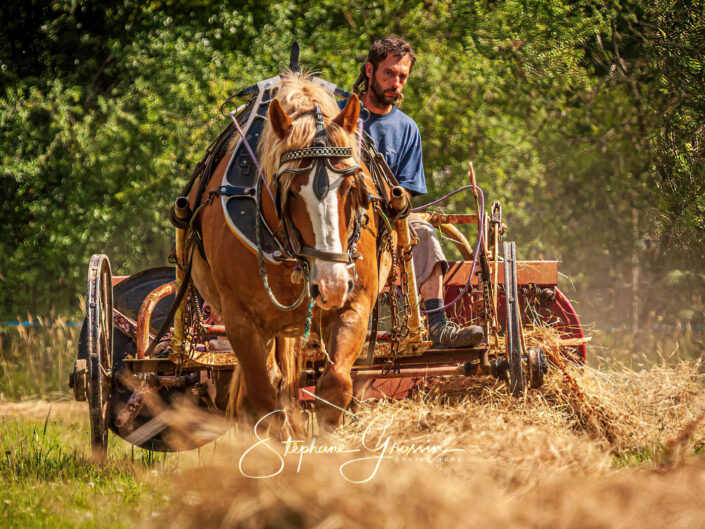 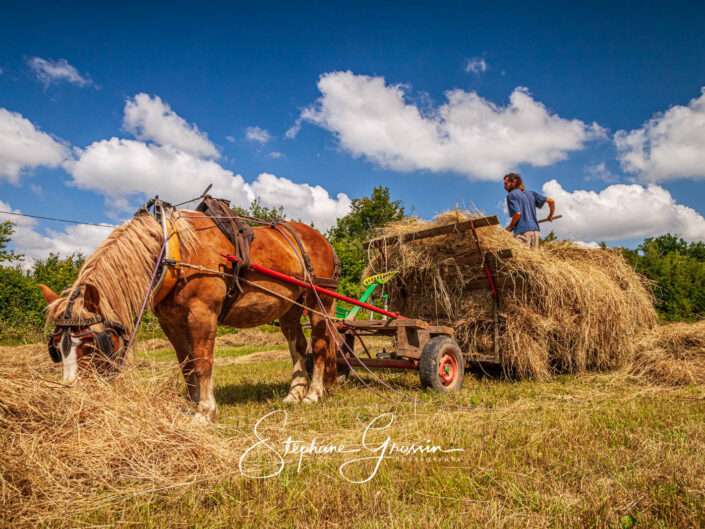 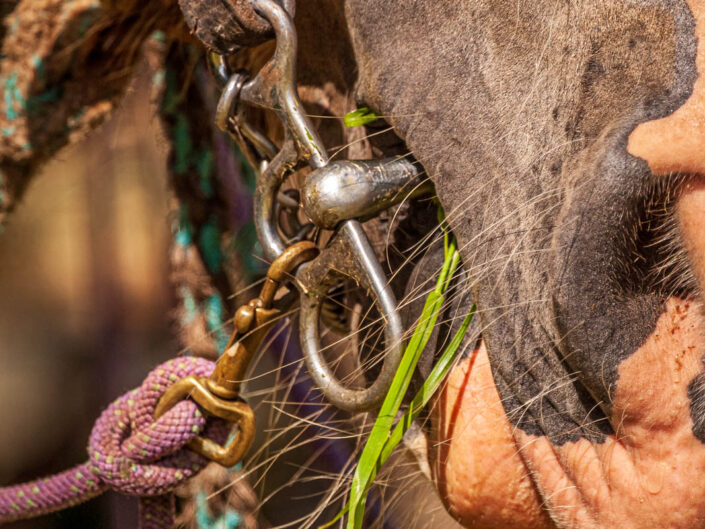 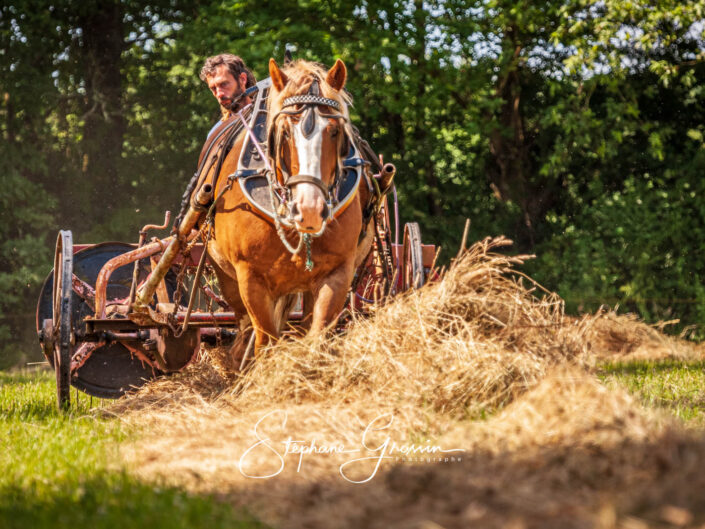 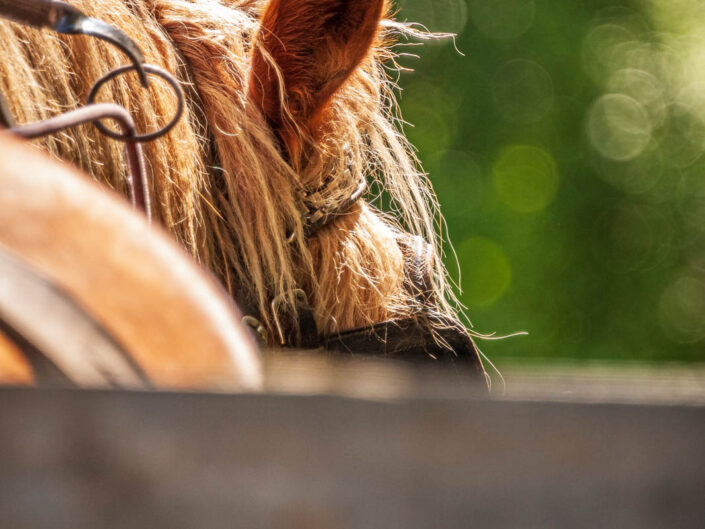 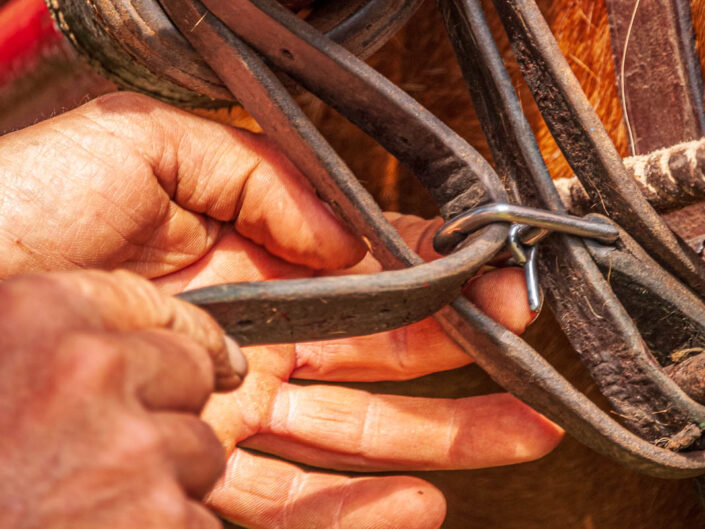 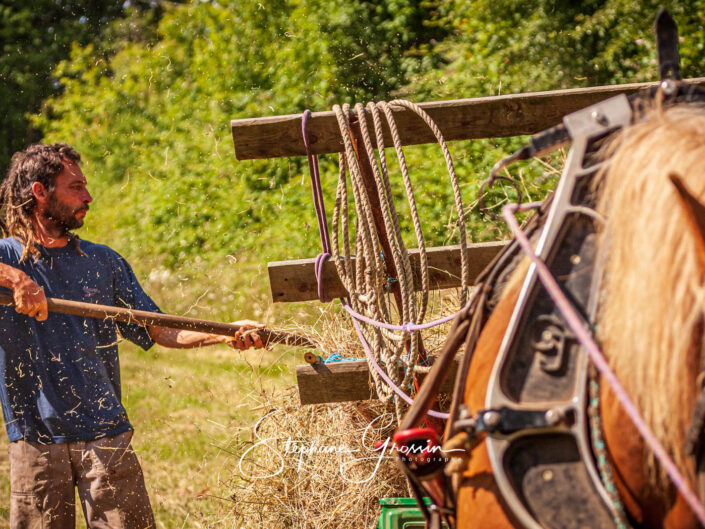 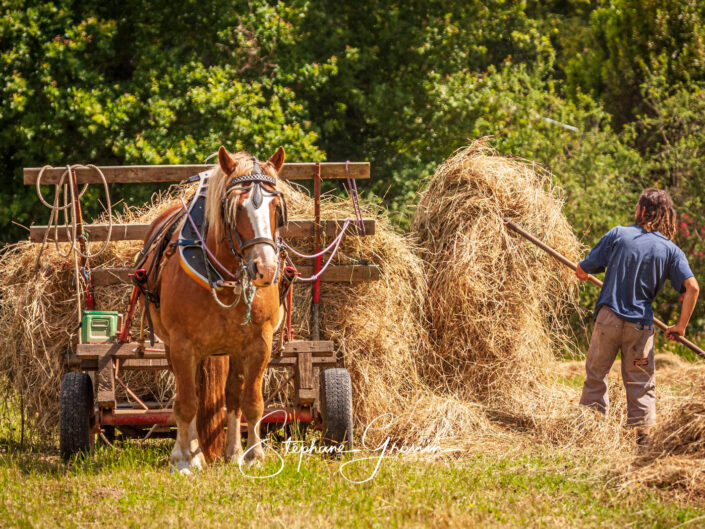