Photo report on the breeding of the maraîchine cow

During my many photo reports in farms, I had the pleasure of feeling a multitude of atmospheres, but the common point to all, whatever the type of breeding, is the well-being of the animals. , both on the farm and outdoors, in the pastures among others. In the photo report, you will see the cat which is always the common point in the farms, as often the dog, but this cat, which is a cat, was sleeping in the middle of the dust and sat up when I came and she just followed me. This cat has a very sympathetic side in his look, because he has a little coquetry in his look.

Frédéric Signoret, the head of this farm is one of those who prolong and protect the maraîchine breed in the Vendée Breton marshes. The Maraichine cow has a very special look, as if she had applied mascara around her eyes, making her very beautiful to look at, at least, we see her differently from another breed, that’s her little extra, a much like the Parthenese race. When you are a photographer in the middle of cows, you have to be vigilant and always keep an eye on the bull(s), because it was spring and the mating season, they are sometimes aggressive, but everything went very well, thanks to the advice and vigilance of Frédéric.

In this report, I accompanied the breeder in his daily tasks, in this case, it was inspection and repair of fences in meadows hosting cattle. During this day, we saw that we were right in the biodiversity of the marsh, because I was able to photograph a tiger nut cane incubating. The daily work is hard, but we can see that these farmers love their job, it is a passion, for their animals and for their living environment which is rich and fragile. 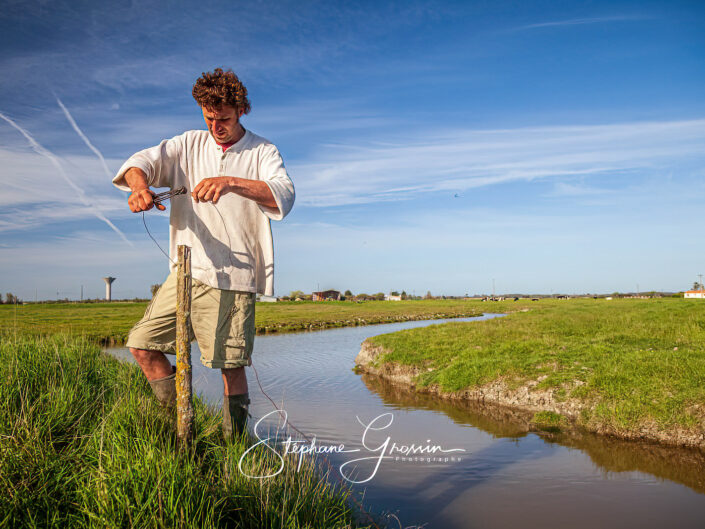 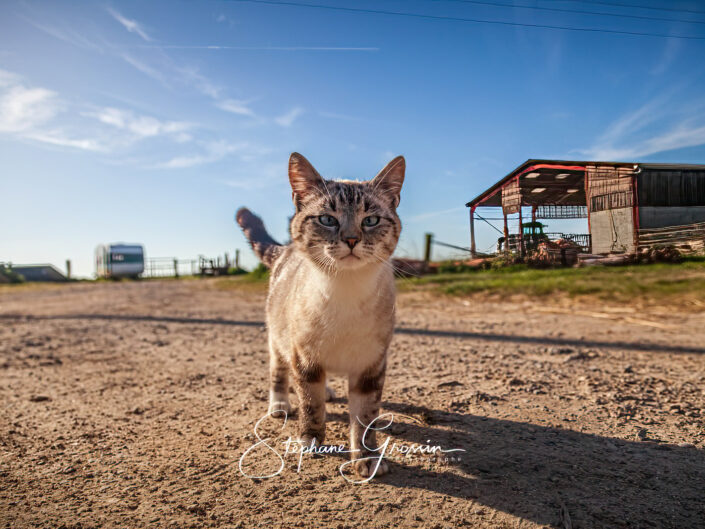 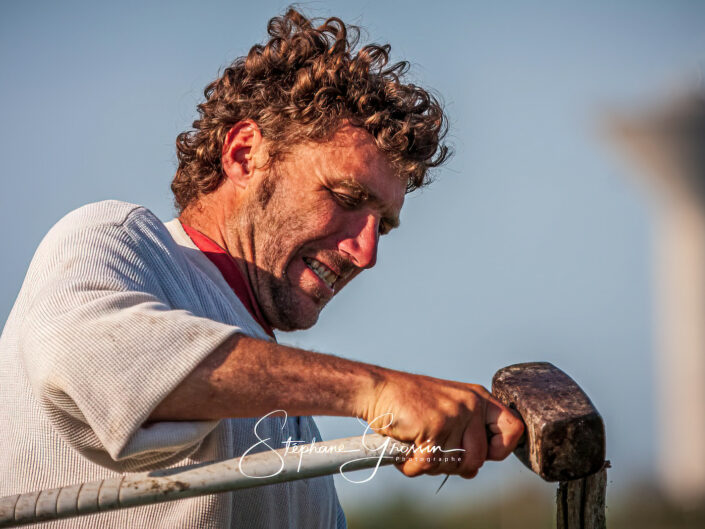 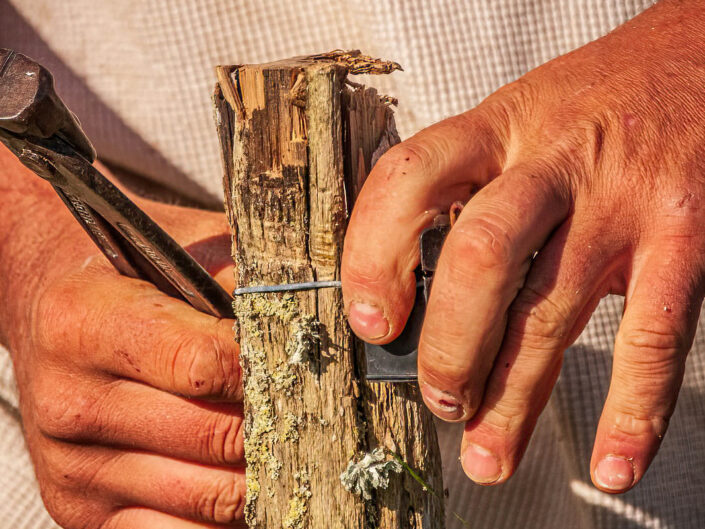 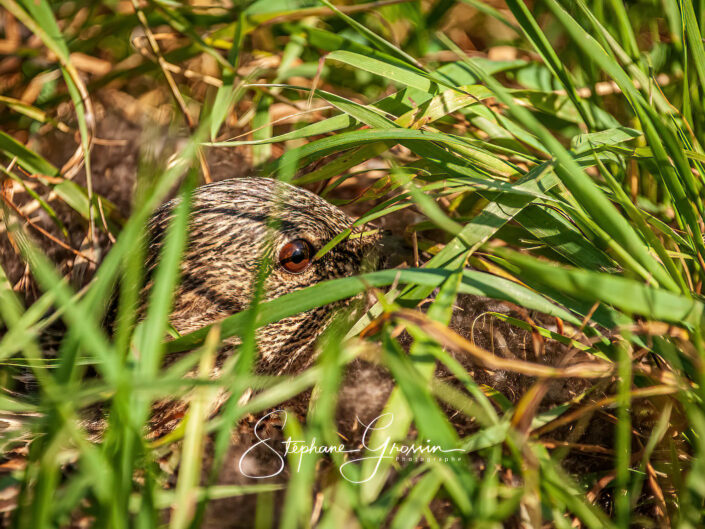 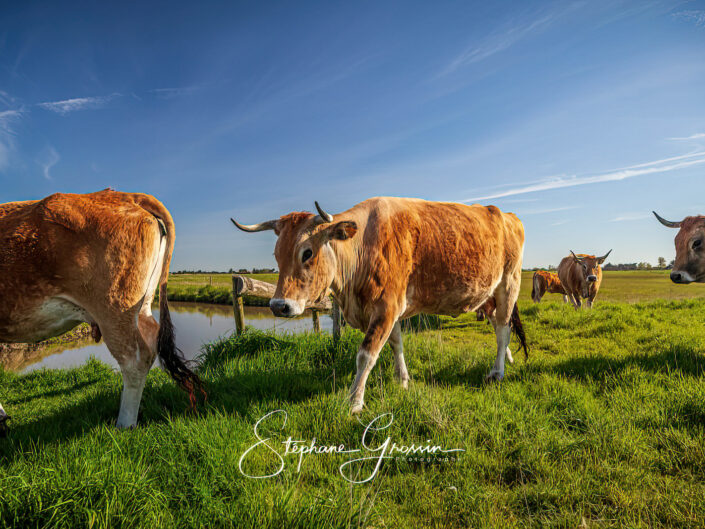 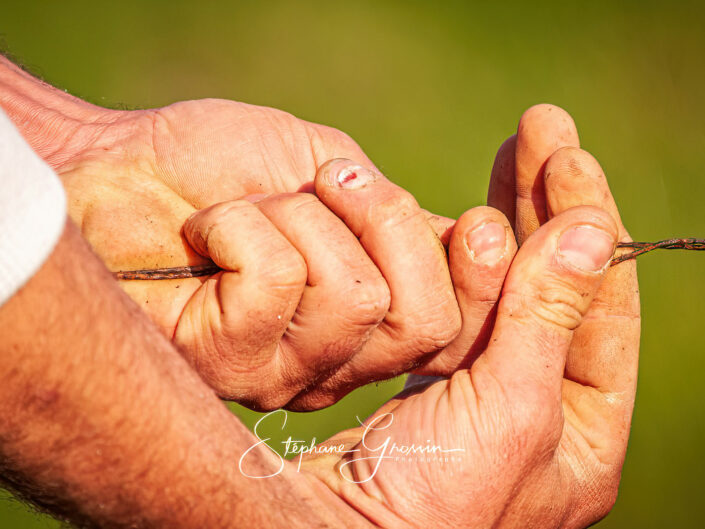 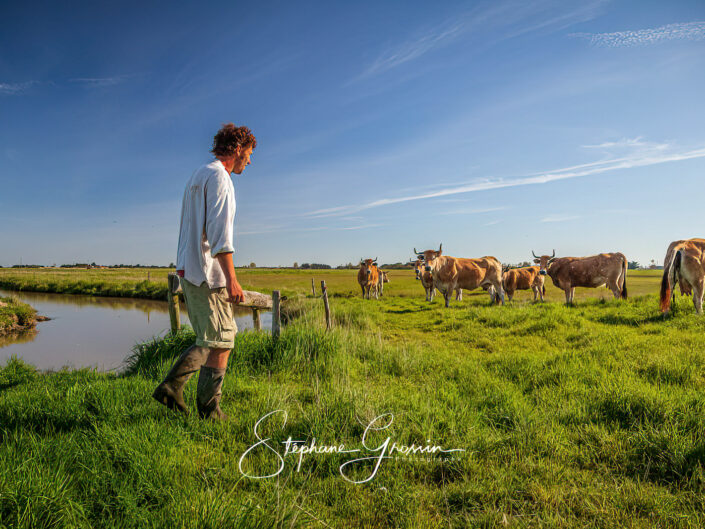 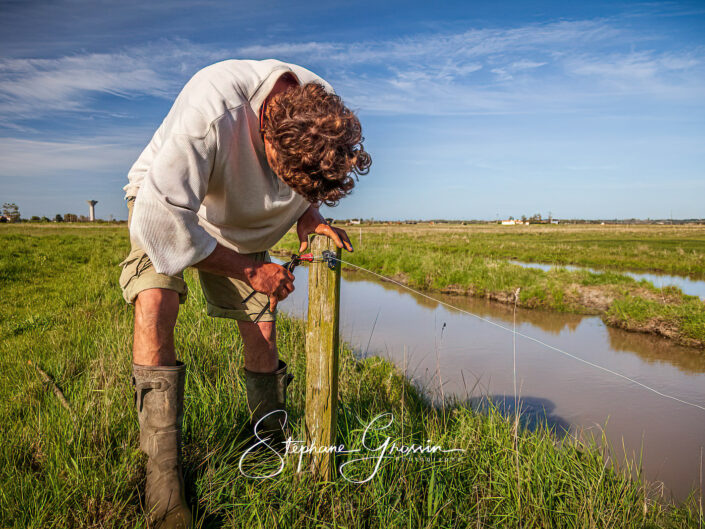 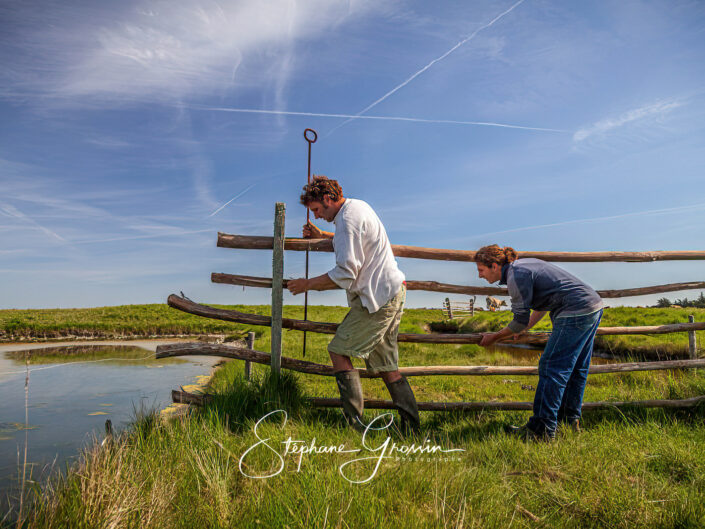 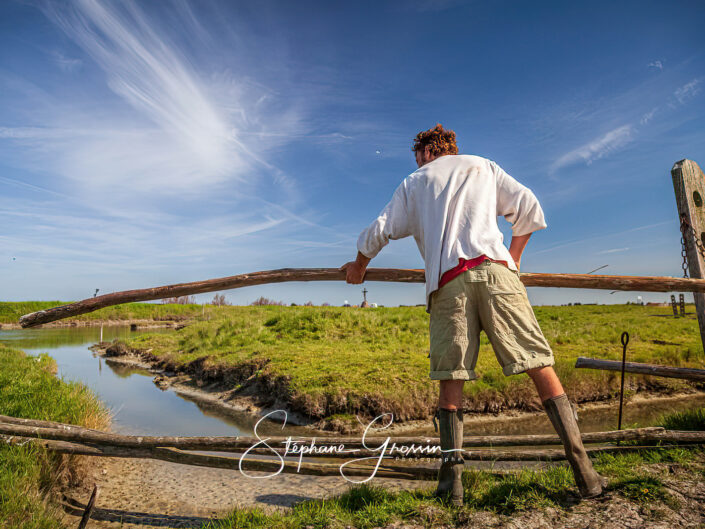 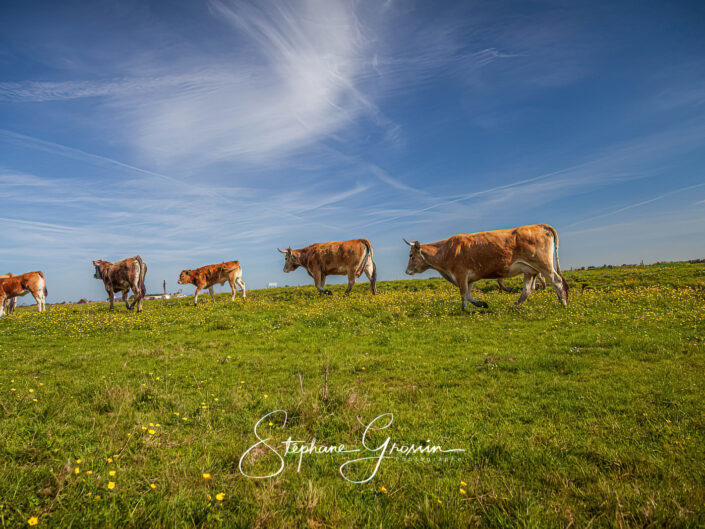 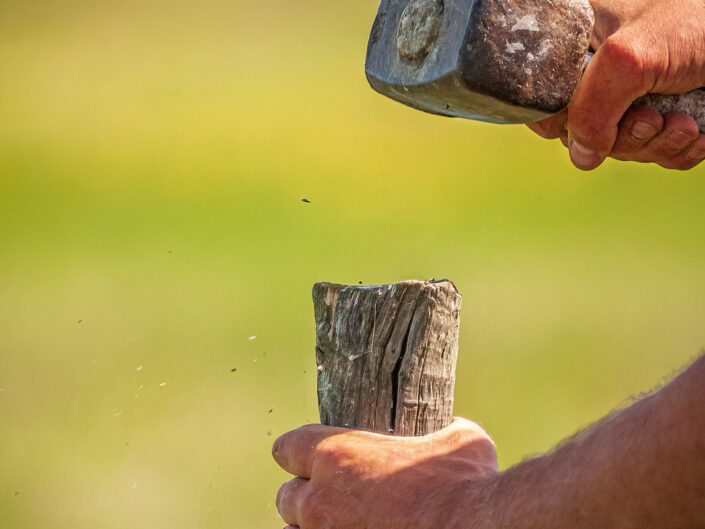 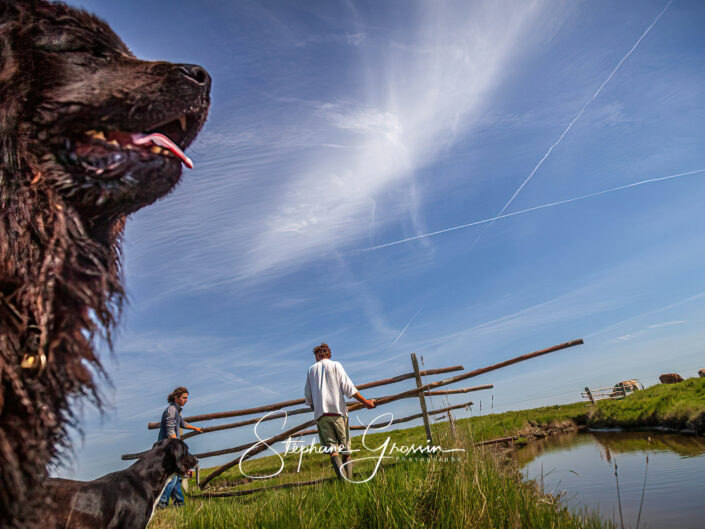 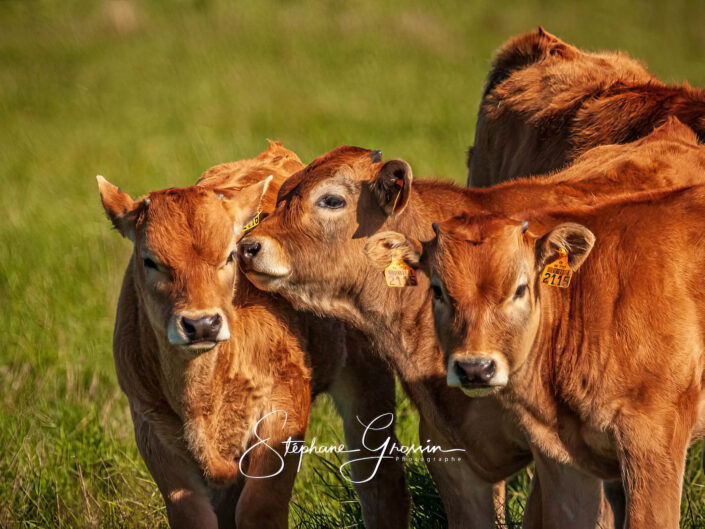 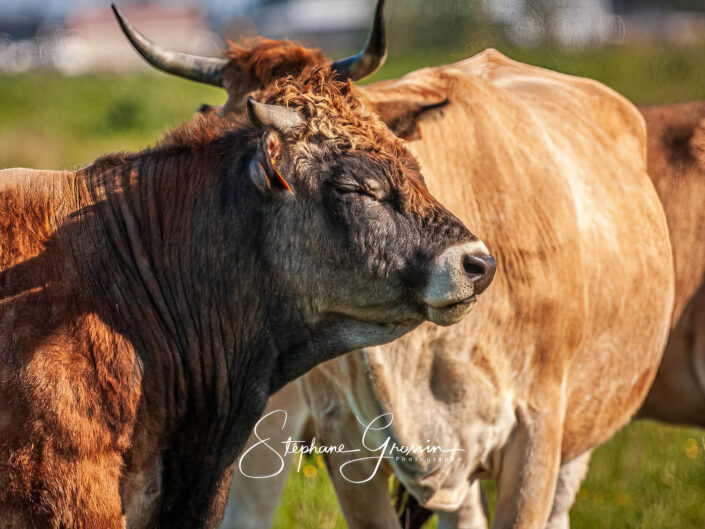 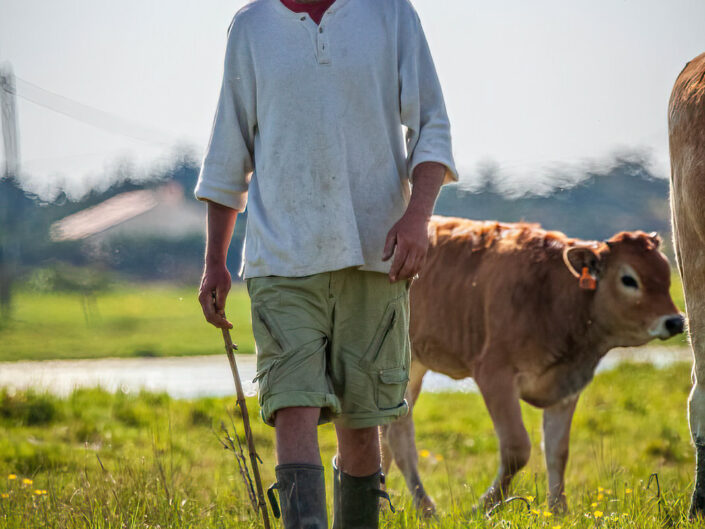 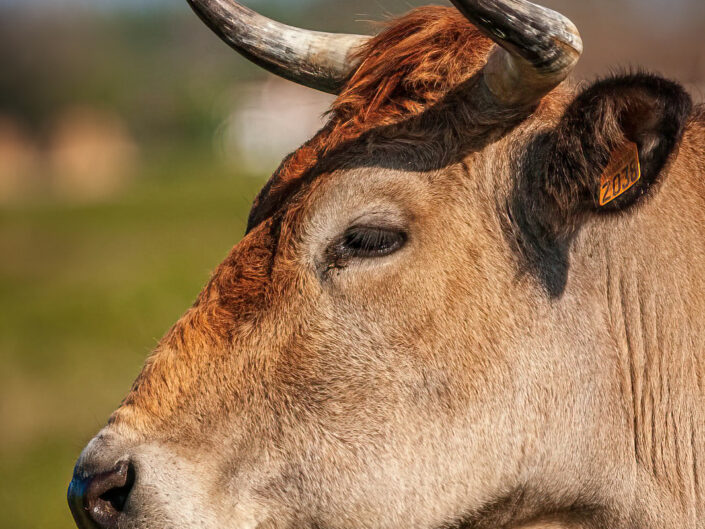 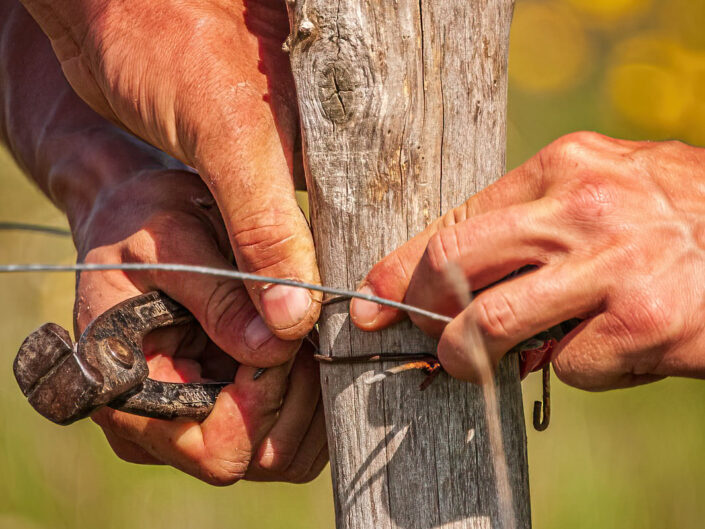 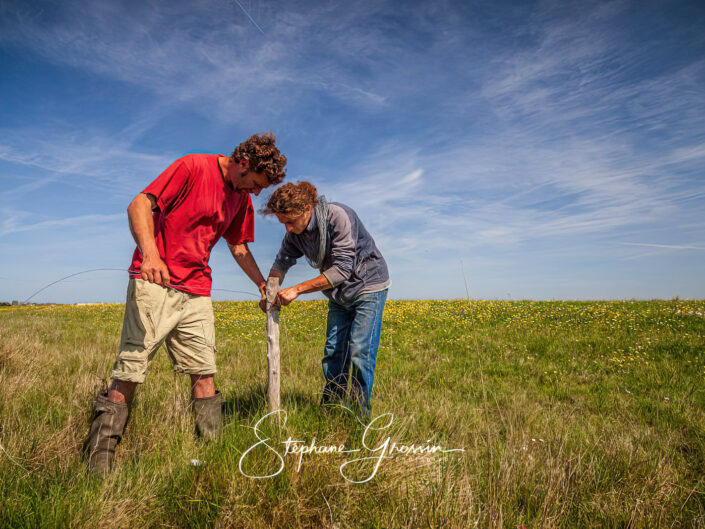 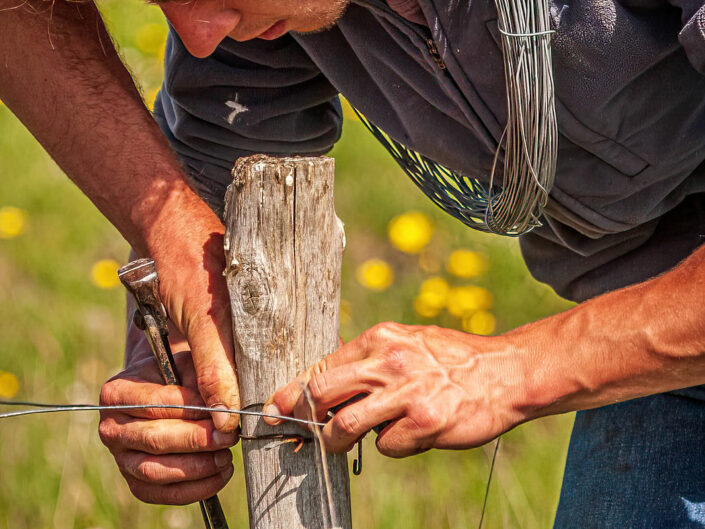 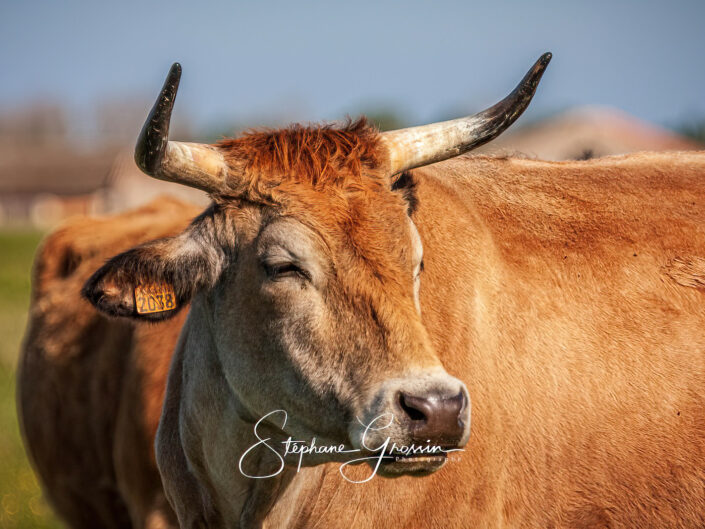 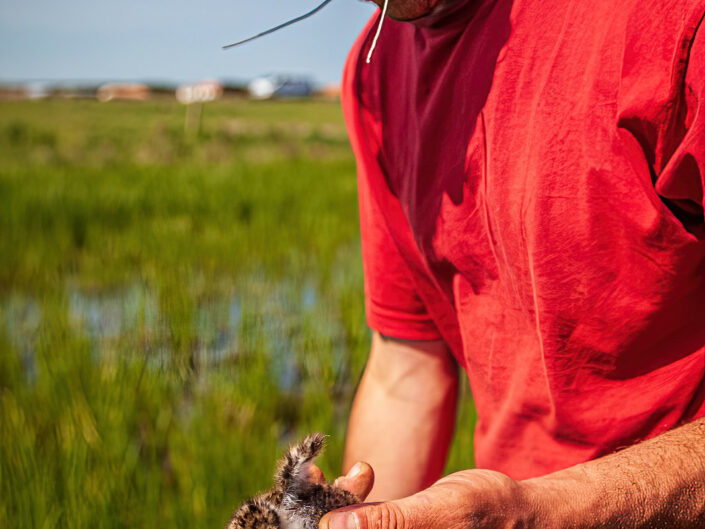